THE HISTORY OF HMS SPEEDY

This small Brig Sloop was the one of the first generations of new naval brigs, and her lines were more of a hybrid between a sleek cutter and brig. She was a small vessel for her class, but what she lacked in size and raw gunpower, she more than made up for in character.

Speedy had a very active history, being captured in 1794 by French frigates and then recaptured in March the following year. After Cochrane lost her (in an unwinnable battle), Speedy was renamed Saint Pierre and presented to the pope by Napoleon himself.

It is while commanding Speedy that Cochrane made his name. This was his first command, and the combination of this aggressive commander and Speedy ensured that they would be a thorn in the side of the French and Spanish navies, culminating in the remarkable exploit of taking the Spanish 32-gun frigate Gamo (with xebec hull and rig form). Cochrane led 48 of his crew (almost all of them) up the sides of the frigate, which had over 300 men and eventually took the ship.

Dimensions of completed model are:

The 1:64th scale kit has been extensively researched and has been developed to show her as she would have likely looked in 1800/01, when commanded by Thomas Cochrane.

For the modellers who like to add detail over and above what kits offer, the Speedy kit does include the lower deck, which is stepped aft and at the correct height to the main deck. There are a lot more bulkheads than standard kits of this size to help keep the very fine hull lines when planking.

22 in stock (can be backordered) 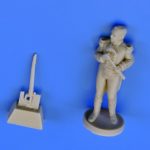 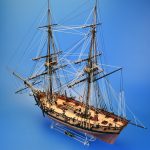 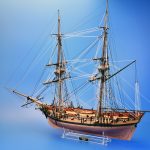 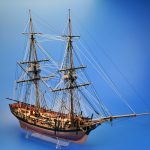 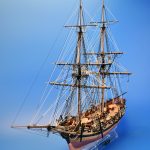 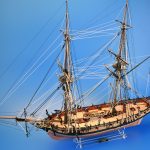 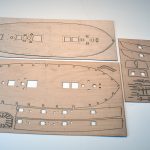 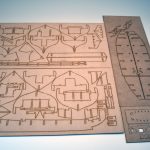 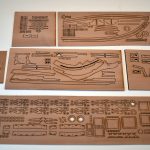 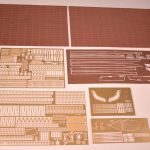 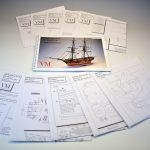